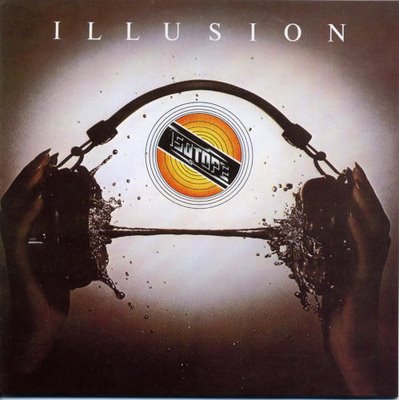 The second album from this English fusion band and my first meeting with their music.

Isotope was a Nucleus splinter group who became very popular in the 1970s. They won several awards and toured extensive around UK, Europe and USA.

On this album, after the band splintered after their first album, Hugh Hopper joined them on bass. That gives their sound a special kick in the form of his very distinctive bass sound. The guitarist Gary Boyle has a distinctive sound too. Laurence Scott's keyboards is great too and Nigel Morris is keeping it all together on drums.

I have never heard their debut album (I am on a lookout for a copy of it), but this band's music has a distinctive Canterbury feeling. That and some traditional jazz too. The music is very intense at times and right down my alley. The solos are done by both keyboards and the guitars. Hugh Hopper is hacking around just behind them and is adding a lot of texture to the music. He is an absolute star here.

There are no really superb tracks here. But this is by all means a very good jazz/fusion album from a band I will investigate more.