Fairport Convention - Rising For The Moon (1975) 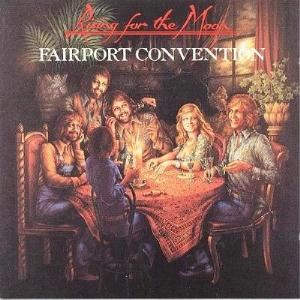 Their tenth album and the final album with Sandy Denny, the queen of folk music. A massive talent who died so tragically in 1978. One of the finest voices the world has ever heard.

This album is really the final hooray for the classic Fairport Lineup as it also contains David Swarbrick too and the other greats, minus Richard Thomson whose solo career had taken off by now.

This album is really Sandy Denny and some more country like songs. Country and rock with some more folk music sporadic dropped into the mix too. This album is said to be their least folk rock/music album ever and I agree. This album is much more in the US country'n'western tradition than the English folk music tradition. It is not quite Nashville and the Grand Opry house. But it is somewhere near that ballpark.

Sandy Denny also has company of some other vocalists here. Male vocalists who does not add anything special to this album. I prefer Sandy Denny. Unfortunate, there is no real great songs here and this album is one of the weaker Fairport Convention albums I have ever heard. It is still a good album, but only that.