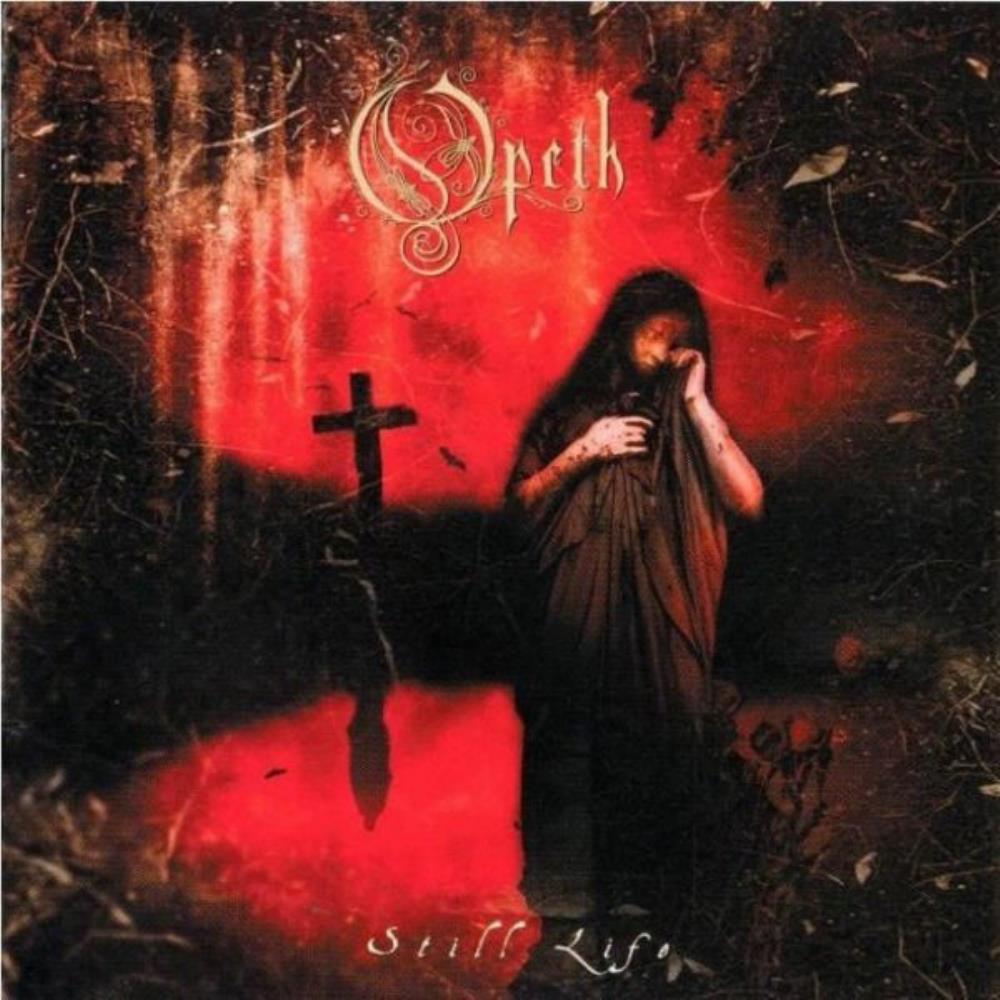 The fourth album from this Swedish band.

The band was a quartet with a lineup of guitars, bass, drums and vocals. English vocals.

Once upon a time, ten years ago, I still liked death metal, black metal and their vocals. But I kind of got tired of them after I started to really explore fusion, jazz, folk prog, zeuhl, avant-garde/RIO and symphonic prog. All these eclectic types of music.

When I started to listen to death and black metal again, I could only take small mouthful of this stuff before I got tired of it. An hour and I was fed up.

Now, I have to review Opeth's earlier albums before I hopefully comes to the meatier stuff where we get clear vocals and much more developed songs.

What we get here is death metal with some much praised acoustic interludes. Just the type of stuff we got from the mid-era black metal bands who thought it was clever to include acoustic interludes inbetween their chainsaw sounding onslaughts of black metal. Back then, this sounded clever.

Opeth has a bit more acoustic stuff than just the acoustic interludes here. They even have songs which is not death metal. This is still not particular the most clever stuff around. Not in 2017, anyway.

This album is a clear improvement on their first three albums. But it is still not a good album. I am yet to be won over by Opeth. Yet.