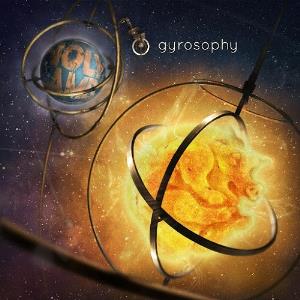 The fifth album from this Latvian band.

Holy Lamb is a five piece band with a lineup of guitars, bass, drums, keyboards and vocals. English male vocals.

The band started out as a thrash metal band many years ago before they could release an album. Their first album was a neo-prog album and the band has followed that path throughout.

That too goes on Gyrosophy. The album is forty-seven minutes long and has eight songs. The longest one is around eight minutes and there is no short songs here. They are all around the five and a half minutes mark.

This album is very melodic, most of the times. Melodic with thrash metal structures. That sets Holy Lamb apart from their peers and offers the scene something special again.

Unfortunate without really adding the quality required. The songs are really good and this is perhaps Holy Lamb's finest hour. This is a band I am keeping an eye on, obviously. Check them out if you don't know them.