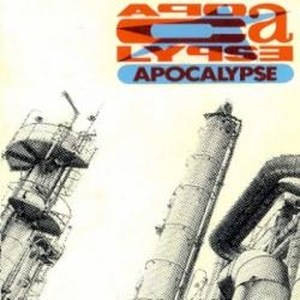 The band was a trio on this album with a lineup of guitars, bass, keyboards, drums and Portuguese vocals.

I got all their seven albums and will review them, one by one, this winter. I believe it will be an interesting journey through this symphonic prog band's discography. A band formed in 1983 and who is still with us (I hope).

Their first attempt to record music is a somewhat interesting journey through a landscape of British neo-prog. It is by no means a coincidence that they have chosen to cover Marillion's classic song Lavender. The band sounds like a Brazilian version of Marillion, the Fish era.

More or less sounds like Marillion, I have to hastily add. There is a lot of local colours and music scene on this forty minutes long album. A lot of Latin-American progressive rock.

The keyboards sound is a bit strange. The vocals are good. The sound not the best one. It is a product of the 1980s and 1990s.

The end result is an album somewhere between decent and good. A debut album where lessons is to be learnt. Check it out.