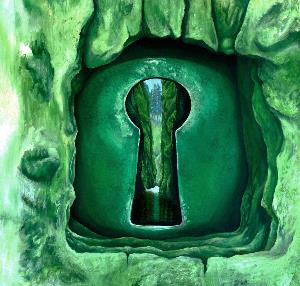 The band is a trio with a lineup of flute, keyboards, saxophones, piano, guitars, bass, percussions, drums, male and female vocals.

The two mainmen here was born in Edinburgh, set up the band up there and then relocated down to Devon in England. A county which has always had a big progressive rock scene.

And progressive rock is what we get here. The band has said they love the good old 1970s prog. And that is what they are offering up here on this forty-four minutes long album.

Take a chunk of Pink Floyd and add much bigger chunk of Steve Hackett. Then you get this album...

.... And also add some more modern rock and pop into the mix.

The mix of female and male vocals adds a lot of texture to the music too. Music very much in the Steve Hackett way of thinking and playing.

That means a lot of long and soaring guitar solos where the keyboards and other instruments is supporting the long and short guitar solos and riffs. Hence; Steve Hackett fans will lap up this album.

The music is safe enough on this, their debut album. There is nothing that really puts it's head over the parapet. Nothing really good or great. This is an OK album and nothing more than that.