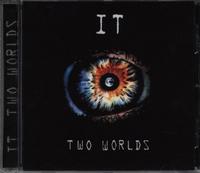 The band was a trio on this album with a lineup of bass, guitars and vocals. Two guest musicians adds female vocals and keyboards. But no drummer.

This is Nick Jackson's band and they have just released their fifth album. I was not a fan of their 1994 debut album The Stranger Inside The Self. So I did not have many hopes for this album.

It plays pretty much middle of the road British neo-prog. Both melodic and epic.

This is indeed both a melodic and an epic album. It also reminds me a lot about the Pink Floyd album A Momentary Lapse Of Reason. It is very much sailing very close to that album. Both with the instruments and the wailing female vocals delivered by Jane Jelinek.

Some of the melodies here is so much in the A Momentary Lapse Of Reason vein that it is very noticable. Some of the samples here is also in the Division Bell territory.

Hence, this album is very much in the Pink Floyd vein.

The music is decent to good throughout. But the Pink Floyd references are so obvious that it impacts on the listening experience. The music is also pretty bland and not so exciting.

A decent to good album is my verdict. It is still an improvement on the debut album.