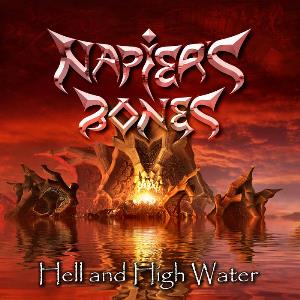 Napier's Bones is Gordon Midgley who does all music and Nathan Jon Tillett on vocals.

They have so far released three albums with a fourth one coming up sometimes soon. The albums are available from their Bandcamp website.

I have reviewed their 2014 album The Wistman Tales here and the 2015 follow up album Tregeagles Choice here.

Their albums is as much about story telling from the ancient England than music. The music is in the symphonic and folk prog vein. The music is not based on cascades of keyboards or symphonic instruments.

Napier's Bones has always had this classic 1970s progressive rock sound and feel. But they have moved slightly more towards folk rock on this album. Which is not a bad thing.

The result is another good album from this duo. It is not a remarkable good album. But they are delivering a very solid album which should appeal to everyone into progressive rock. Check it out. I am looking forward to their next album.