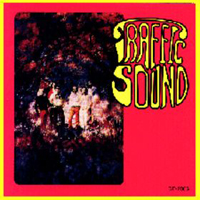 The second album from Peruvian band.

Traffic Sound was one of the first ever rock bands from Peru. A country who later spawned a lot of quality bands.

Traffic Sound was a six piece band on this album with a lineup of woodwinds, bass, guitars, drums, keyboards, flutes and English vocals.

Their sound is very good on this album and I have no complaints about the sound. The instruments are clear in the mix. A sound with an old sound from the late 1960s.

The music is also from the late 1960s. Take the 1960s English psychedelic rock scene as a start...... and end when you want to find a label for their album. The music is reasonably hard and the woodwinds gives the music a bit of an edge and a bite.

The end result is a reasonably decent album which has it's charm. It feels a bit outdated and a piece in a museum. It is still worth checking out.