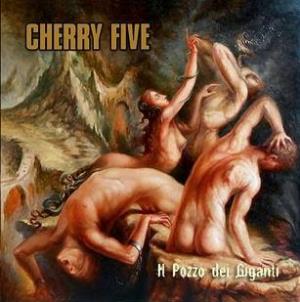 The second album from this Italian band, released 40 years after their debut album.

Cherry Five is mostly known as the band who became Goblin. But their 1975 self titled debut album was a very fine album in itself.

The band has reformed with most of the original members and with Gianluca De Rossi (from Tabopran) on moog, mellotron, hammond organs and keyboards as an extra member. The five original members are concentrating their efforts on guitars, bass, drums and Italian vocals.

I noted in my 2011 review of their first album that it sounded like an Italian version of a Yes album. Well, they have moved on from that one after forty years and gone for a much more ELP sound and soundscape. The tangents, all kind of tangents, sounds like Keith Emerson at times. The guitars sounds like a normal Italian guitarist in the symphonic prog scene and the rest is also grounded in that scene. Ditto for the vocals.

This is a very classic Italian symphonic prog rock album with obvious references to Le Orme. It is also an album which takes the listeners on many exciting journeys throughout these fifty minutes. It is an album which would immensely please anyone into Italian prog and I am indeed pleased. It is just lacking a killer track or two. Besides of that; this is indeed a very good album.