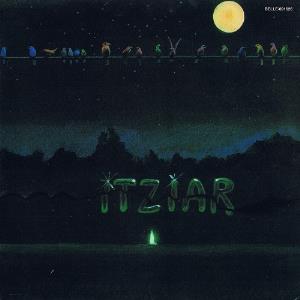 The one and only album from this band from the Basque region in Spain.

Itziar is the forename of the female vocalist here, Itziar Egileor. She is joined by five other musicians here on this thirty-five minutes long album. The lineup is flutes, acoustic and electric guitars, bass, drums, saxophone, keyboards and female vocals.

This album is carried by Itziar Egileor's vocals and is a vehicle for her voice. The band is nominally a folk music band. One of the very many folk music/rock bands from the Basque region. Itziar comes with a big difference though. They have combined folk music with vocal based laid back jazz. Almost lounge jazz. Well, it is vocal lounge jazz. The combination of folk music and jazz is pretty interesting and commercial. This combination also throws up some rather fierce folk rock songs and guitars on a regular basis on this album.

Interesting, but not particular good. There is no real good songs here and the album is carried by Itziar Egileor's rather superb vocals. This is a decent album which has not won me over.