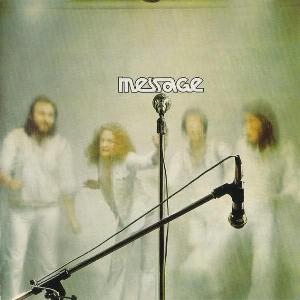 I was very surprised by their 1973 album From Books And Dreams. Really complex krautrock which really appealed to both brain and heart. So I was looking forward to this one........

Message is a four piece band on this album with a lineup of guitars, bass, drums, synths, woodwinds and English vocals sung by an English vocalist. No heavy German accent, then.

Unfortunate for me, the band had shed the pretty complex krautrock on this album and gone a bit mainstream. The music is still hard rocking. But the woodwinds and occasional female choir also takes this album into soul territory on a couple of songs. That on this thirty-eight minutes long album. We even get treated to some ska here. The woodwinds is pretty much everywhere too. That also adds some funk to the whole proceedings.

This album is pretty much what hard swinging rock was all about in 1975. And the result is a decent album with no really good songs. A bit of a let down, in other words. Check it out if you like the 1970s.