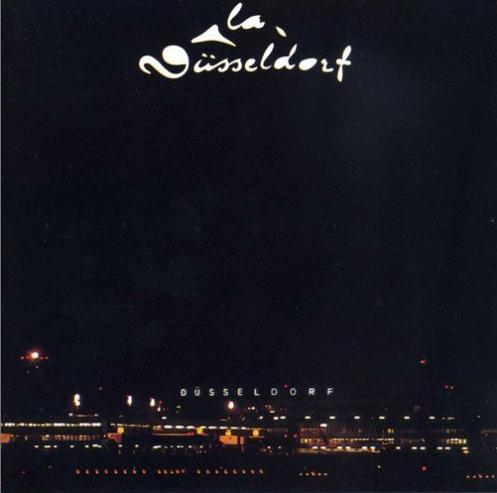 The debut album from this German band. A band who released three albums before they split up.

LA Dusseldorf was a three piece band with a lineup of guitars, bass, drums, piano, keyboards and vocals. Both male and female vocals on this album and the vocals was in their mother tongue.

This band also originated from one of the biggest krautrock bands of all time; Neu. I have yet to hear a tone from that band. They are on my to-do list though.

The music on this thirty-five minutes long album is pretty elegant and airy krautrock. The music is not full on aural attack. It is much more like pop music at times. Elegant synth pop. There are also some of the usual krautrock madness here with spoken, shouted words and some bombastic melody themes. But the album is mostly elegant and funky.

The end result is a very good album which should appeal to everyone into krautrock and elegant music. I am won over.