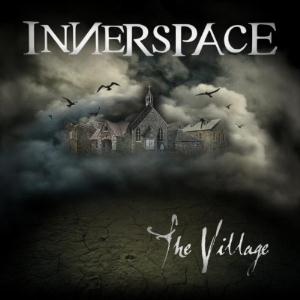 The so far only album from this Canadian band.

Innerspace is a four piece band with a guitars, bass, drums, keyboards and English vocals lineup. The usual lineup.

The sound is pretty rich and warm. Most of this album, including the vocals, reminds me about Pink Floyd. In other words, we get fifty-five minutes of mellow prog/rock with some prog metal and psychedelic influences. The guitars and keyboards are all driving the music forward together with the vocals. There are really no long solos here. But the music is still very Floyd'ish.

The album is a some kind of a concept album. It include three pretty long songs around the ten minutes mark and some shorter ones. It also includes one long narrative which explains the concept a bit. Darkness is afoot in this village and the devil has arrived, the narrative tells us.

The problem with this album is the lack of any real good music. It is also an album which has some overtly Floyd influences. Uncomfortably so. But that does not make me comfortably numb..... Sorry, I could not resist this pun.

Nevertheless, this is a decent album and one fans of Pink Floyd should check out.