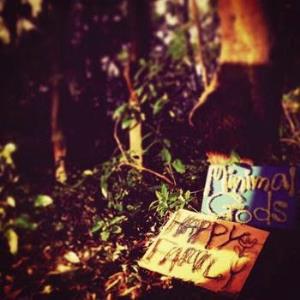 I really loved their Toscco album from 1997 and marked that album as one of the best ever zeuhl album. 17 years later and they are back again with the follow up to that album.

Happy Family is a quartet on this album with guitars, bass, drums and keyboards. The sound is very minimalistic and has a lot of metal too. The bass is sometimes tripping into zeuhl territory. The music though is as I stated minimalistic and never really steps away from the confines of the narrow tunnel it operates within. The music is also pretty jazzy too.

There is a lot of chugging metal guitars here. The keyboards is really the star here with some good zeuhl melody figures.

The music is pretty melodic within these tight confines too. The more jazzy stuff carries this album.