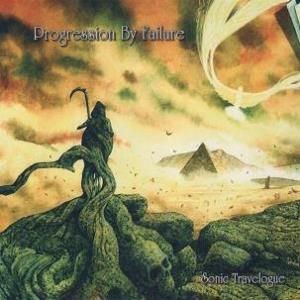 The second album from this French project.

This time, it is a project. It was a one man band on the 2009 self titled debut. The composer in Progression By Failure is mr. Nicolas Piveteau. A young man who compose music somewhere between classical music and symphonic prog. He also plays keyboards. He is helped out by Drayen Labie on guitars and Mike Saccoman on drums. Together they are Progression By Failure.

The music is called symphonic prog although there is clear influences from celtic folk and new age here. Classical music too. It goes without saying that the music is instrumental.

There is a lot of chugging electric guitars here. Power metal guitars. The drums are pretty aggressive too. The keyboards is doing most of the melodies.

The melodies are good enough and the album throws up some good stuff now and then. Being an instrumental symph prog album, this is a rather good one. I am by no means fans of that genre. This album is not bad. I will give it a weak good award because there are enough good stuff here to barely warrant that. It is not an album I will play often, though.