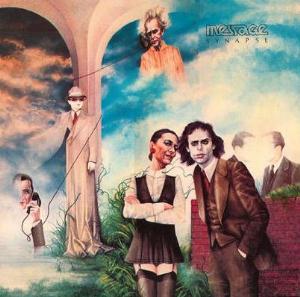 Message was a German band with an English vocalist. Which meant their vocals were free of any heavy German accents.

This four piece was also a band who crossed over to many genres. In particular on this almost forty minutes long album.

Their lineup was guitars, bass, drums, keyboards, percussion and woodwinds. That gave them a broad platform. A platform from where they branched out into funk, fusion, prog rock, aor rock, disco like rock, hard rock and a bit jazz too. All of it on this album alone. Most songs included two or more genres.

And it works because the band knew their stuff and had their own style. A style I am not a big fan of. I don't find many good songs here. But this is still an album well worth checking out although it is too slick for my liking.