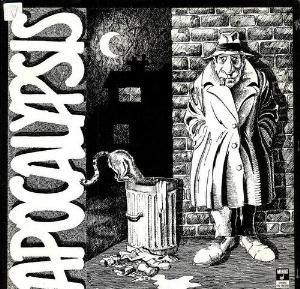 The second and final album from this Greece band.

I quite liked their self titled debut album from 1980. A bit Genesis like, that album.

The band has gathered again for a new stab at the music market as a five piece band with a lineup of keyboards, guitars, bass, drums and English vocals.

The band has also moved on and away from the Genesis like music on the debut album. They have moved into a much more art rock territory with a few Gentle Giant connotations sprinklings on a pretty soft version of progressive rock. Supertramp is a band I would compare this album with too.

The sound is a bit strange. But what we get here is soft progressive rock with no long songs. Which was the standard anno 1981. A terrible year and this band does not really raise the standards of the musical outputs from this year either.

There is no good songs here and this thirty-six minutes long album is just a decent album. One of many decent albums from that era. Don't bother unless Supertramp is your gods.