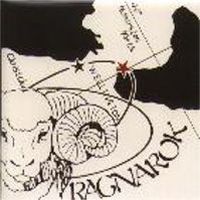 The one and only live album from this New Zealand band and the final sign of life from them.

This album consists of radio recordings made two weeks before their second album Nooks were released. Both their albums has been reviewed in this blog. Both of them pretty good albums.

Ragnarok were a pretty good psychedelic band and their two studio albums were good albums. That is why this live album is such a let down. It only contains three own compositions and three cover tracks. One of Rory Gallagher, one Pink Floyd medley and one Led Zeppelin song.

The sound is very bad and the choice of songs baffling to say at least. The band has more than good enough songs to do a full live recording of them. This album is a total waste of money and time. I love the mellotrons here so half a point is awarded for that and the three original Ragnarok compositions. Stick to the two studio albums, please.