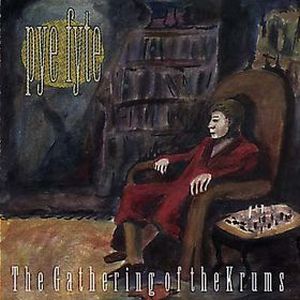 The debut and so far only album from this US band.

I know absolute nothing about this band. I can only write about their music.

The band produces their slightly symphonic progressive rock with Mellotrons, keyboards, guitars, bass, drums and vocals. The vocals are OK.

Style wise, think a cross between The Beatles anno Sgt Peppers, Genesis, Kansas, Marillion and some AOR. This album is very much in the US progressive rock tradition. There are some theatre and vaudeville music on this album too. It feels like a joyous party, some of this music.

The end result is a forty minutes long album which is neither bad or great. It is a solid, good album which has it's moments, but who fails to move me too much. Check it out if you can find it.