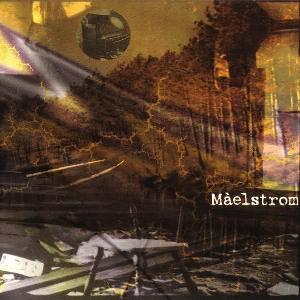 The debut album from this USA band who went onto releasing three albums altogether.

Labeled as a jazz/fusion band in ProgArchives, I was looking forward to some jazz and fusion again. I was much mistaken here and I wondered if I had got the wrong album or even the wrong Maelstrom. I had not.

OK, there are some jazz and fusion here. Most of this album is a blend of folk rock, symphonic rock and eclectic rock. Very pastoral at times too. Take some of Gentle Giant's most pastoral moments, add a lot of Genesis and some English folk rock too plus some R & B. Then add some Pierre Moerlin too. Then you got this album.

There is a lot of flutes here. That and keyboards, guitars, bass, harpsichord, mellotron, vibraphone, drums, percussions and vocals. The vocals are great, btw. Jeff McMullen's vocals. The rest of the instruments are great too.

It is a pity that there is no real great songs on this album. It is by all means a good album which does not shine above a good status. It is an album which has a lot of everything, but not a lot of greatness. It is still an album well worth checking out.