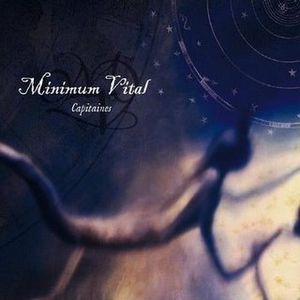 The sixth and so far final album from this French band.

It is many years since the last time I reviewed a Minimum Vital album. Perhaps five years or so. I really liked the previous albums from this band who has been hiding under the surface throughout their lifespan. They never really got the recognition they perhaps deserve. It is indeed a hard world out there.

Capitaines is mostly an instrumental album with medieval ages inspired symphonic prog. Add folk music tunes from the Brittany area of France too and you get this album. This band is run by the Payssan brothers who also have released an album under the name Vital Duo. On Capitaines, they have expanded to a full band effort again.

The music has a lot in common with Camel and die-hard fans of that band will probably love this album. The main idea and melodies are very good here. The album is a bit too pedestrian for my liking and I am not getting into this album. It is a good album, but it's flaws is the lack of any great melodies. You should still check it out.