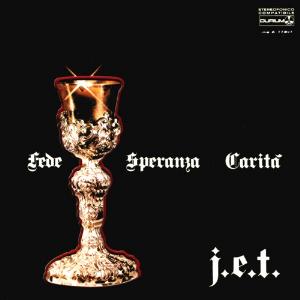 The debut album and first of in total two studio albums from this Italian band.

Their second one is so obscure that hardly anyone have heard it these days. This is their most famous album and one you will find on for example Youtube. Hint, hint if this review makes you interested in this band and album.

The music on this forty minutes long album is vintage Italian symphonic prog. Style wise, they are somewhere between Banco, Biglietto and Balletto. The music is very bombastic symphonic at times in between almost pop like choruses. The band was originally an Italian pop band and I believe they returned to that scene after this album too. I have heard their other album is a pure Italian pop album. You can hear the Italian pop even on this album.

There are also a lot of folk music influences on this album. An album which in sound and music is very much an Italian symphonic prog album. The vocals and the vintage keyboards is very good. The songs are not that great though. It is nevertheless a good album which should please anyone into this scene. J.E.T was a very obscure band and it will always remain so too. Check it out.