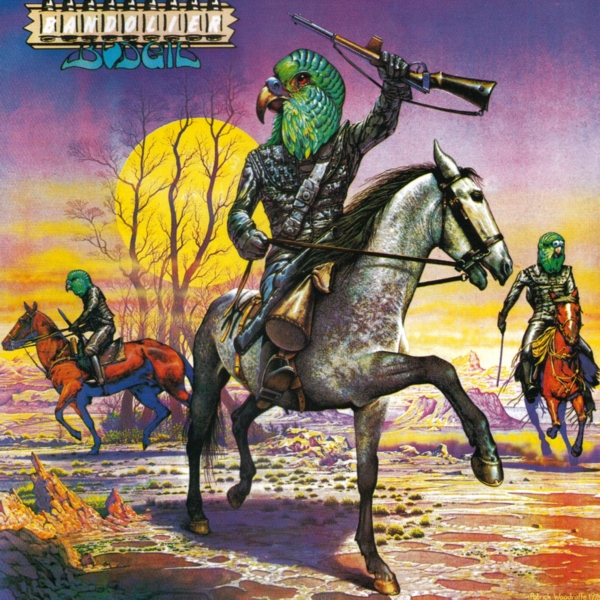 The fifth album from these Welsh rockers.

This power trio is a bit of a strange band and I am not sure how to describe their music. It is riff based intelligent rock. It has the same line up as Rush. Bass, drums and guitars. The guitarist does the vocals here. They sound like Rush on Rush's self titled debut album. After that, they went in two very different directions.

Bandolier offers up a mix of hard rockers and some strange psychedelic pieces. Some rather psychedelic ballads, that is. This weirdness secured that the band never really became that big and commercial successful.

Bandolier is a bit of a strange album and I am scratching my head again. I do that every time I am listening to this band. My scalp and Budgie is not a good combination.

The hard rockers here are both catchy and very good. The psychedelic interludes not so good. The band knows how to hold a riff and how to rock hard. They also knows how to create very intelligent hard rock songs. That is what this album is full of. Some of the songs here are really impressive. They are one of the better hard rock bands. One band that influenced scores of other bands. Metallica, Iron Maiden..... I guess they have all quite extensive played this album.

I regard this as a good album. There is no great songs here. But it is an album which rocks my world. Hence my verdict.