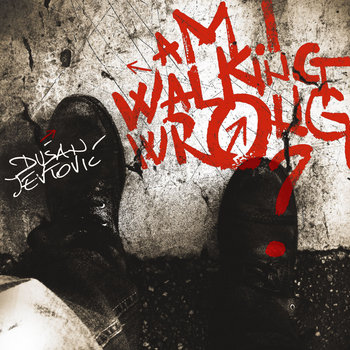 To my knowledge, this is the debut album from this Serbian guitarist.

This album was released through MoonJune Records on the 1. October 2013. And yes, I am a slow reviewer.

In this case, this type of jazz is not my favourite type of music either. I was listening to it one time at the beginning of the year before I put it on the back-burner. But time has now come......

Dusan showcases his unique abilities on this standard guitar jazz album. He is not an all out shredder. In that respect, John McLaughlin is not getting any competitions from Dusan Jevtovic. Neither is this a fusion album either. Dusan plays on different strings altogether. A lot of strings. Both electric and acoustic. The album has some folk music influences too. I presume Balkan or Serbian folk music.

This is by all means a good album. Even a newbie in this field understand that. Does this album enthuse me ? This music is perhaps too alien to me to really enthuse me. But I like what I hear..... in small dosages. Check out this album at the link below.