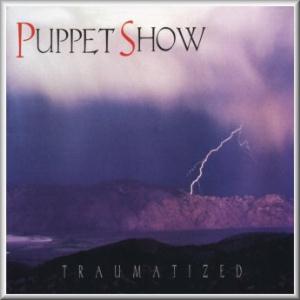 The first of in total two albums from this US band. Both are/will be reviewed in this blog.

This five piece band has chosen a rather imaginative name for their band. A band consisting of bass, guitars, keyboards, drums and vocals. A band who has chosen a mix of symphonic and neo-prog as their musical expression.

Think Genesis and the British neo-prog scene. Just transfer it over the Atlantic ocean to the shores of USA. To these fifty rebel states. I believe to the biggest one of them all; California. Or maybe Texas is bigger than California. But California is the place where Puppet Show comes from. Not a boarding school in a nice market town in England.

The music has got a great American twaang to it too. It is not only about England here. Take the AOR sound and transfer it over to this blend of neo and symphonic prog this band has enlightened us with.

The result is fifty-five minutes with elegant, slick neo/symphonic prog. The songs are all good without really being great. This though is a more than acceptable debut album from a promising band. I have already purchased their second album on the basis of this one.