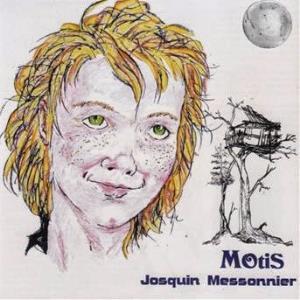 The sixth album from this French band.

I very much liked their 2011 album Ripaille. It was a great folk music influenced symphonic prog album in the Ange vein. The band won a fan in me with that album and I got their new album on the back of that album.

Motis still keeps the folk rock flame burning. There is far less of symphonic prog on this album, though. The vintage keyboards, guitars, bass, drums and vocals is still here. The music is not that expansive though....

I still get some of the Ange feel from this album. Emmanuel Tissot's vocals and keyboards are still great. But the band has returned to a more restrained form of music and the music is not as flowery and risk taking as on Ripaille.

The keyboards are great though with a lot of Mellotron, Hammonds and analogue synths. The music lacks a great deal of imagination though and I get the feeling that the band is threading water throughout these fifty minutes. The emphasis is on the vocals and not on the music here.

This is a good album but nothing more. I am a bit disappointed.