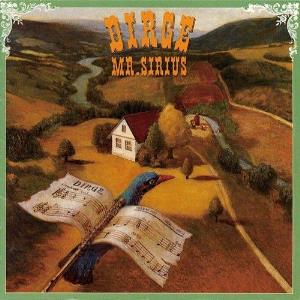 The band follows on from their 1987 debut Barren Dream with this album. An album with a much more upgraded and bigger sound. The band is no longer a two horses band.

A lot has been and a lot will be said about Ms. Lisa Ohki's vocals. She has been compared to a Broadway musical artist and a lot of other things. There is no denying that her vocals is very original. I think it suits the symphonic music on this album.

For some reasons I do not understand, this band has been labeled as a Canterbury prog band in the most reliable music archive on this planet. In this case, they are wrong. There are some small traces of jazz and fusion here. But the vast majority of this album is in the musicals and symphonic prog genre. That and some prog metal which has sneaked into this album on several songs. The songs are delivered with a lot of guitars, keyboards, flutes and other symphonic orchestra instruments. That in addition to vocals, bass and drums.

There is no denying that this album is a very big mouthful. All the fifty minutes of it. The music is both epic and dense in equal measures. It still got a lot of air where Ms Lisa Ohki's vocals get plenty of work to do. I happens to like her vocals quite a lot. OK, she is not a favourite of mine. But she is not as bad as I feared on this album.

The end result is a very good album with the vast majority of the songs and melody well above the average. It is an album I would recommend to anyone into epic and symphonic prog rock. Get it.