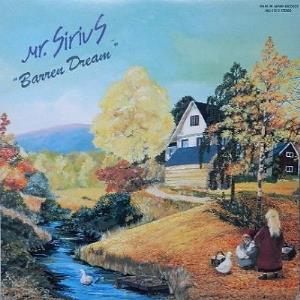 The first of three albums from this Japanese band.

Forget the PA listing of this band. They are listed as a Canterbury band there. This album is far remote from any Canterbury prog. There is hardly any rhythms here. Not to mention jazz and quirky tunes. Barren Dream is female vocals fronted symphonic prog with cascades of keyboards and vocals.

The main man here is Mr Kazuhiro Miyatake on keyboards. The vocalist is Ms. Hiroka Nagai. They are supported by flutes, guitars, bass and drums.

Together, they have produced a one hour long album with mostly pastoral symphonic prog. Besides of the occasional keyboards cascades, the music is softly spoken with a lot of mellotron and piano. Some rather softly spoken guitar solos and flutes is scattered around this album too. The vocals is on the softly spoken end of the spectrum too. The keyboards reminds me a lot of Keith Emerson at times. The sound is a bit on the weak 1980s sound where plastic fantastic were the norm.

This is an album which demand the full attention of the listener. Even then, it is hard to ignore the lack of any great tracks here. OK, this is a good album. It is not much going on this album and it is too pastoral and pedestrian for my liking. Nevertheless; this is a good album.