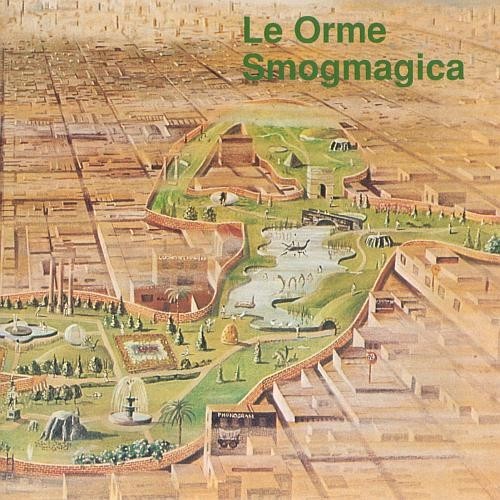 The seventh album from this Italian band, everything included.

The band had relocated to Los Angeles, USA for this album. They had also added a guitarist to their sound too and went for a bit of a more commercial sound on this album. The band still retained Aldo's excellent vocals and the keyboards. They were backed up by drums, bass and....... guitars.

Aldo does not do all the vocals here as the guitarist Tolo Martin also does the main vocals on a couple of tracks. His guitars also takes a fair share of the limelight too.

The end result is a watered out Le Orme with some good songs and some pretty decent songs too. I think the band has gone too much in the pop direction on this album at the same time as they are still unable to quite the Italian symphonic prog on their previous albums. It is still fifty or so percent of this album. The result is a halfway house. It is the magic of smog and fog. It is neither water or air. It is a bit of a mess.