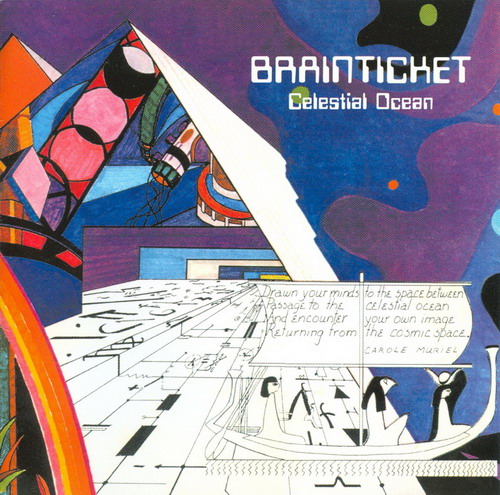 The third album from this German krautrock band.

Brainticket has always been a electronica based krautrock band despite of the pretty accessible Psychonaut album, the previous album. They have returned to hypnotic electronica krautrock on this forty minutes long album.

Take some vocals on the top of a lot of electronica anno 1970s and add some Hammond organs too. Then add drums, percussions, guitars and some flutes too. This is what you get from this incantation of Brainticket. A trio lineup this time with the mainstay Joel Vandroogenbroek together with a female and a male band member.

The result is a pretty much stripped down album where electronica in it's first incantation is the main focus. This is a concept album about something Egyptian and the Middle East influences are pretty obvious. I am not that fond of electronica. But this album actually works in a strange way. There is plenty of moods and ambience here inbetween some good melodies. I have to take this band for what it is and I rate this album. A bit of an oddity in my album collection and one I like. A weak good rating is awarded.