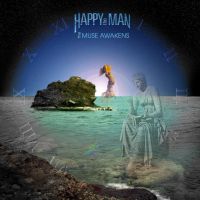 The sixth and final album from this US band.

This US band has really made their mark on the prog rock scene despite of their far too few albums. Their mix of eclectic prog (Gentle Giant), jazz, symphonic prog and AOR sets this band apart from most other bands. The band later (largely) reformed under the name Oblivious Sun and has recently released two more albums.

This album is largely instrumental where they takes in symphonic prog and jazz. There are some eclectic prog here too. It is meandering nicely with a lot of keyboards and guitars. The music is good enough on the instrumental parts. Good, but not overwhelming interesting. I feel like most of the air had gone out of the balloon on this album. But it is still good enough. Towards the end of this fifty-five minutes long album, there is also an AOR song with vocals and all the bells and whistles of an AOR song. It is not a particular good song and I really don't know what it is doing here.

This is a good album though from a band I don't really think released their full potential.