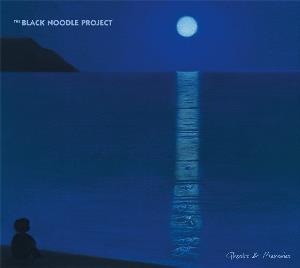 The seventh album from this French band and my first taste of their music.

This band has released albums since 2004 on a regular basis. They are listed as a psychedelic/space rock band in ProgArchives. Right down my alley, then.

I became a bit bewildered when this album started with a stoner/doom metal riff and melody which lasted for several minutes. Is this metal ? Is this post rock ? Is this a Swallow The Sun copycat ? The metal bit disappear after some minutes and does not show up again. The post rock bit lingers throughout the album. Their blend of post rock and psychedelic rock is a pretty refreshing blend in my ears.

The band creates their music with the usual vocals, keyboards, bass, drums and guitars lineup. Nothing original there. And the music is not particular original too. A lot of post rock and Pink Floyd like music. Add some neo prog to this mix too.

The result is a softly spoken album which hides behind the opening few minutes salvo of molten metal. There is no great songs here though and that is my main gripe with this album. Fans of Pink Floyd and post rock should really check out this album.