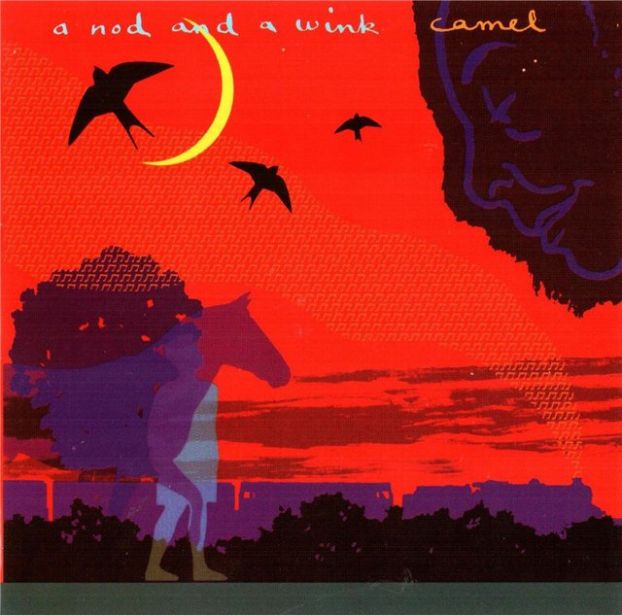 The fourteenth album from this English band and their final album with new material.

Camel was by now reduced to Andy Latimer with friends. Peter Bardens had passed on and the other members were long gone from the band too.

A Nod And A Wink was Andy Latimer looking back on the bands and artists who had inspired him and Camel throughout the years. The music on this album is very laid back with Andy's guitars in a more pastoral mode than on an all out guitar solos attack. There is a lot of flutes and keyboards on this album in addition to Andy's vocals and guitars. The songs are reasonable long too and the music is ticking along quite nicely on this one hour long album. An album which is really orchestral and almost cinematic throughout.

The album very much retains all the hallmarks of Camel. It does not really have any great songs though. It is still a good album which I found reasonable enjoyable. But not enough to really bowl me over.