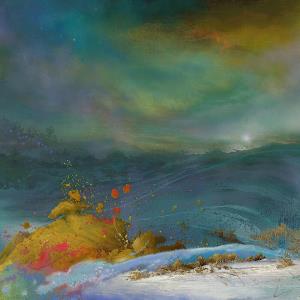 The band also released albums under the Magus name. A name they are indeed listed as in ProgArchives.

The Winter Tree is in essence Andrew Laitres with hired hands. In this case; Mattias Olsson from Anglagard and Jacob Holm from White Willow. Those two vikings and a couple of other musicians too. The lineup is keyboards, bass, drums, guitars and vocals.

The band has a long journey as a neo-prog. But they have shed most of that tag on this album and gone for straight progressive rock instead. Melody focused progressive rock.

The opening song Plank has a very nice The Beatles theme and is a great song. The rest is not up to that standard. But this forty minutes long album sounds focused and is overall a good album. There is not revolutions or even some technical difficult stuff here. But the melodies are good to very good. Hence my rating.