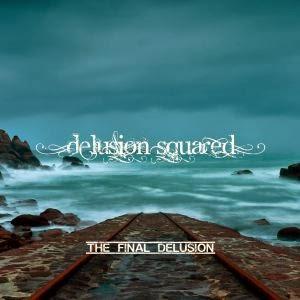 The third album from this French trio.

This trio, which includes a female vocalist, has been making hay with their previous two albums. Two very good albums indeed.

This trio consists of Lorraine Young on vocals, Steve Francis on guitars and Emmanuel De Saint Meen on keyboards. And they makes a lot of noise as a trio. Even without an official bassist and drummer. But the music also includes a rhythm section.

The band has made a seventy-two minutes long concept album here. The music is a mix of hard and soft edge music. Between more prog metal orientated music and a lot of pastoral folky music.

Lorraine sings her English with a lot of French accent. Which is fair enough. She sounds like Dido at times as her vocals is not particular fully bodied soprano. The vocals are very good, but not operatic. But they works very well here.

This is a very looooong album and there is a lot of things happening here. Unfortunate, nothing of this is great. The music is female fronted progressive rock and that is all. References are the British bands. That is; you will not find any keltic elements in Delusion Squared.

This is a good album and that is it. It is not their best album, I am afraid. But I am hoping for a new great album from them.