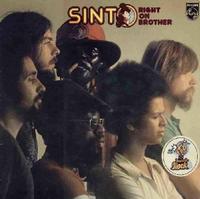 This six piece band has been lumped into this Krautrock genre in many blogs and websites. Well, they came from Germany. Besides of that, that label is not so evident on this album. An album released on a major record label; Phillips.

The music is a mix of rock, funk, pop, soul, folk and blues. No less and no more. The violins takes this album slightly towards folk rock too.

You could be mistaken for taking this as a commercial album. It is that too and I am pretty sure it shifted a lot of copies back in 1972-73. It has some decent music, this half an hour long album. It does not have any good or even great songs though. It is a bit too straight forward for my liking too.

This is a decent to good album, well worth checking out.