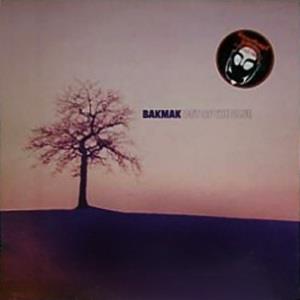 The first of in total two albums from this short lived German band.

Bakmak was a five piece jazz band with a lineup of saxophone, guitars, bass, drums, piano, keyboards and synths.

Bakmak is also a very obscure band who were living in the shadows of the likes of Kraan and Passport. Those are the two bands I would use as references here.

Out Of The Blue is a forty minutes long album which also reminds me a bit about Miles Davis too. It feels like a fusion album than a jazz album. The saxophones are pretty good here and there are some other good details too.

The problem with this album is that the music is a bit on the generic side and the solos is not that good. Neither is the backing too.

I would still award it a weak good character based on the first two tracks here which is at times very good. It is a pity that the rest of the album does not follow up the good start.