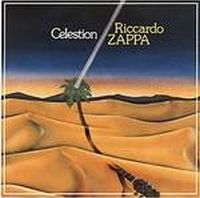 The debut album from this Italian musician.

Celestion is the first of in total fifteen studio albums from him. I am reviewing the first three albums.

Riccardo Zappa, no relations to Frank whatsoever, is widely regarded as the best ever Italian acoustic guitarist. He was also a pioneer in recording and electronica methods.

On this half an hour long album, he has the backing of four other musicians. That is a lineup of keyboards, drums, percussions and bass. All of them is doing a good job.

It is pretty obvious to me that Mike Oldfield and his first three albums has been a major inspirations behind this album. Oh my holy squirrel does this album sounds like a stripped down Mike Oldfield album. The main difference is that this is an album wholly dominated by acoustic guitars. Riccardo Zappa's guitars. And he is a great guitarists on this album.

The problem is that acoustic guitars is not exactly the type of instrument I really like.

I have to admit the start of this album is mind numbing boring. This despite of Riccardo's undoubted great playing and some studio trickeries with layers of acoustic guitars. It cures insomnia, that's for sure.

The album really comes alive after ten-fifteen minutes. If you are still awake, not to say alive, the album really picks up with something of a melody and a bit of life. The final ten minutes is pretty good.

This is still a decent album and not the classic album in my ears as everyone else regards is as being. I am not won over by Riccardo Zappa.