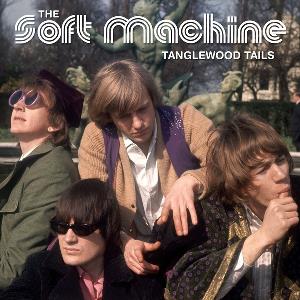 Another 2 CDs box in the name of this British band.

The Soft Machine has got a lot of fans. A lot of new fans too. Fans who buys everything which bears the name "The Soft Machine". I am one of them. I am one of the new fans of this band and I have been that for the last five years. I got a collection of....... of....... well, mostly everything released under this name. That includes some turkeys. Really bad turkeys too. But their best albums is so adorable fantastic that I am content with that.

I am also content with owning this two hours long album too. The musical values of this album is zero. Some very dodgy tracks with a bad sound. It is obvious this is songs the band never intended to be released. They gave it to their dogs for dinner before this record label, Secret Records, got it from the dogs again.

This album is bit laughable and I am glad I did not pay a fortune for it. It was actually pretty cheap. So I am content about having been ripped off.

The worst thing about this album is not the studio floor boards cuttings of some songs. The worst thing is the 5 - 7 minutes long extracts of classics like Moon In June. Terrible is a word which is not strong enough. It is beyond that and the word "joke". There is no value, except from cash, in these extracts.

In short; this whole thing is one heck of a giggling turkey. But as a Soft Machine fan, you will probably buy this album. Being a fan of a band is a sad thing, really. And now, I want to listen to Third again as I want to forget this whole Tanglewood Tail thing.