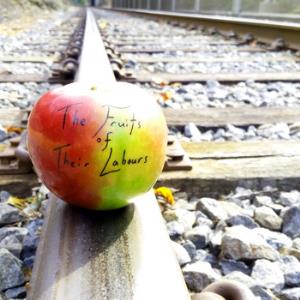 The debut album from this US power trio.

Let me first add that this album is a "name your price" Bandcamp album. I am not known to turn down gifts like this one although I should really send them some dollars too. Hmm... A good idea.

The band was formed in a university in Baltimore. The lineup is keyboards, bass, drums, guitars and vocals. The vocals are very good, indeed. That goes for both vocalists, btw.

Being an US power trio, the comparisons with the likes of Rush and King's X will eventually arrive. In my mind, at least. And yes, there are some comparisons. Add a lot of college rock and Porcupine Tree influences too. In short, we are in clever young men territory. Or clever dicks as these sorts of persons are normally referred too.

Despite of that, there is a lot of soul in this album. Soul and life. Life which is to be lived and is currently being enjoyed. There is also a lot of reflections here.

What hits me a lot during these fifty minutes is that the band and this album has a great deal of potential and the rather mystical/mythical x-factor. The music is both lively and melodic. The album is full of interesting details. What it is lacking is a great track though. Nevertheless, this is a good to a very good album. It is a very strong album and the band should really get on with a second album and seek out some partners to get their music distributed a lot better. Get this album !