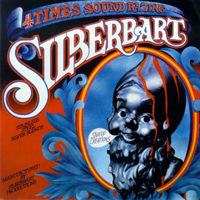 Another one album wonder band from Germany and the krautrock scene.

Although krautrock is probably a bit misleading. OK, some of this album is krautrock. This three piece band and their drums, guitars, bass and vocals lineup creates a heck of a noise with most of this album.

This forty-two minutes long album comes thundering at the listener in 200 miles an hour. Yes, it is hard and it is heavy metal. The album takes another turn after ten minutes and evolved into a krautrock album with a lot of psychedelic rock. Still very hard. OK, this is a krautrock album, then.

The album has a bit of a legend status. That is in my view totally without any justice. Most of this album is pretty bad to put it bluntly. Third rate hard rock as most of this is. There are a few glimpses of decent music which saves this album from the turkey yard.

This is an album well worth avoiding.