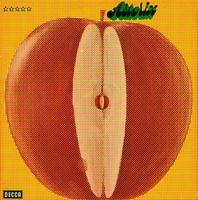 Asterix was a rather obscure five piece band with a lineup of guitars, keyboards, bass, drums and English vocals. They gigged for a while before giving up the ghost.

Their music and indeed the band has often been compared with Lucifer's Friend. In other words; an American hard rock/arena rock sound with some krautrock references. This album is indeed included in the 5 CDs Krautrock Original Albums now available for a nice price through Amazon and other places. I got this album from that box.

The music is decent enough hard rock with a good melodic song at the end, Morning At My Dawn. The rest of the album is decent enough and not really my cup of tea. The sound is at least good and someone may even like this album. I have my reservations.........