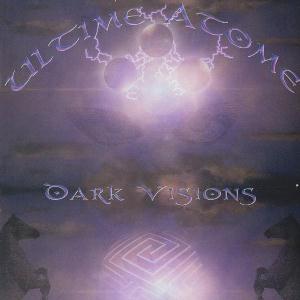 The one and only album so far from this French band.

Both the band name and the album title indicates that the music may be somewhat dark. And the album title is not much wrong. The sound is dark and ditto for the music. Dark neo-prog, that is. Take the darkness of the avant-garde band Runaway Totem and add the neo-prog and vocals of the Fish era Marillion.

Jean Marc Tesorio's vocals is pretty similar to Fish's vocals. The phrasing and the diction. The guitars are pretty Runaway Totem like and the keyboards sometimes reminds me about black metal keyboards. The sample choirs and the narrations also gives me some goth and black metal vibes. The four songs are also very long with the longest one clocking in at 22 minutes and the shortest one at 8 minutes. The result is a 54 minutes long album.

Unfortunate, not terrible much happens during these 54 minutes. The idea is very good. The result is barely good. Actually, this is a good album which could had been a lot better. I am not a fan of the guitars here too and the album is straying far too much into goth territory. Almost into Cradle Of Filth territory.

This is a good album which should be checked out.