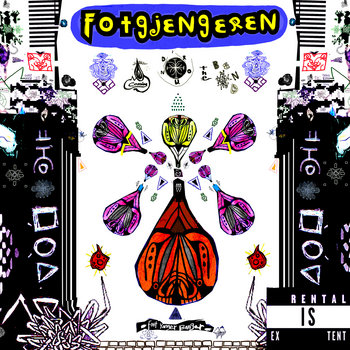 The debut album by this project, lead by Cristopher Manning.

Cristopher has created his own little universe with this album. In this universe, he has got help from friends who has added woodwinds, cello, bass, screams, drums and clarinets. He has done the guitars himself and the vocals. The vocals are really good and one aspect well worth concentrating on.

The music is a mix of Frank Zappa'ism madness, avant-garde prog and college rock. I would put this album in the avant-garde genre if pressed. It also have a this college rock and shoegaze naive approach to the world. There is a lot of dissonans in the music and clashing worlds. From death metal grunts to acoustic pieces who would not even offend a sleeping cat. We also get a bit punk'ish music here too.

The result is a lot of noise and not that much substance, compared to the considerable noise level. This album is in essence a debut album with all it's faults and mistakes. We all debuts somewhere with something. This album is a classical example of that.

In short; there is things who does not work here and there is things that works here. The second album, which I hope is not too far away, will sort this one out. Only experience and talent will make good albums. Cristopher has plenty of the latter ones and not much experience. Onwards to the second album with the gained experience from this decent to good album. Check out the album yourself from the link below.