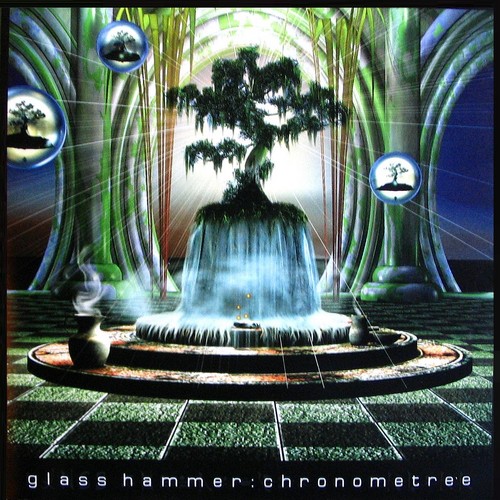 The fourth album from a one of the premier new symphonic prog bands today. A new album has just been released too. I have not come to year 2012 yet.

Chronometree is where they are starting to focus on symphonic prog and drop the new age stuff. This is a concept album and their sound is the US symphonic prog sound from the 1970s. A bit pomp and a lot of symph. The sound is great.

There is plenty of moog, mellotrons, keyboards, guitars, bass and drums on this album. The vocals are great. What is missing is some great songs. Most stuff here is very good, but just that. The album also includes some minutes where the focus is totally lacking. But this is still a good album which is a safe purchase for symph prog fans. It is a nearly-there album.