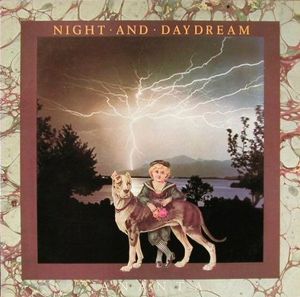 A band setup by Venezuelan imigrants in London, England. Ilan Chester is the most famous one of them and he is a kind of a national treasure in Venezuela now. He started his career with this band and this album though. This album is their debut album and the first of two albums altogether.

The music is a mix of Queen like pomp prog, Barclay James Harvest, pomp rock, euro pop and some Latin bossa nova. The main instruments are piano, keyboards, moog, flutes, guitars, bass, woodwinds and drums. There is a heck of a lot different instruments here. But Ilan Chester's excellent English vocals and some background female vocals (choir) is the dominant instruments here.

Night and Daydream kind of fails on all accounts. It has no identity and is meandering around in the pomp rock/pop land. The songs are decent enough without really impressing. This album has not survived the test of time either. This is a weak decent album which does not really impresses me at all. Avoid.