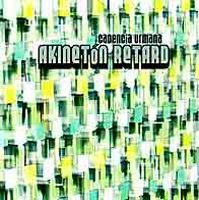 The fourth and so far final studio album from this RIO/Avant-Garde band from Chile.

I am pretty unfamiliar with their previous albums. I liked their debut album, but it never really left an impression on me. Their blend of jazz, Univers Zero and King Crimson is a great blend/sound. The music is only pretty good, though.

The band goes through the motions on this album. The music is pretty good throughout. Piel Estática is a seriously great track and the only track where I sit up and takes notice. The rest of the album is good, but not impressive. Their use of woodwinds is pretty unimaginative compared to other bands in the RIO/Avant-Garde genre.

The result is a middle of the road good RIO album which neither impress or unimpress me. It seems like other bands has overtaken this band by this stage. This is a good album and not one I will dwell too much on.