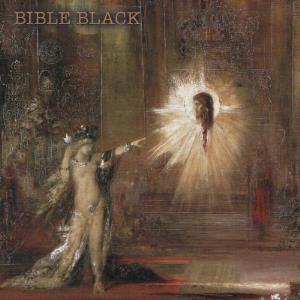 This is the Japanese band which should not confused with other bands with the same name. The US bands, to be more specific.

I don't know if this their debut album or not. I found a Youtube movie from 2009 with one of their tracks. The band name also gives associations to King Crimson. Bible Black is not Fripp'ing out on this album though. This album is filled with a mix of symphonic prog and prog metal. All of it is instrumental and guitar driven. One guitar solo follows another guitar solo. Those into both shredding and more gentle guitar solos may find this album interesting. I don't.

This album is decent enough. The sound is pretty dull and so is the music. A sound which also includes some Hammond organs and moog in addition to guitars, bass and drums. The music has no orginality and no real good songs either. This album is at best background music. At worst; pretty annoying. It is a decent album though which does not much favour in my home.