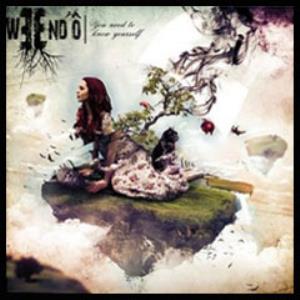 Neo-prog is the music and they are very much in the vein of the female-fronted neo-prog bands from across the English channel. The likes of Panic Room etc etc etc.
The vocalist in Weend'o is Laetitia and she is doing a great job. Her voice is sometimes similar to Sinead O'Connor. The music is run of the mill female fronted neo-prog and the band does not really stand out from the rest of that pretty overcrowded scene. No matter how much the band claims to be "different". This is a run of the mill band.

Original, their music is not. This is still a good album though with some very good songs. The music is pleasing to the ear at the same time as it also sometimes gives my brain cells a bit of a gentle workout. The music is not too taxing on my few remaining grey cells, though. A weak three stars is awarded and a gentle reminder to the band that identity and originality is not such a bad thing. Try that on all further albums.